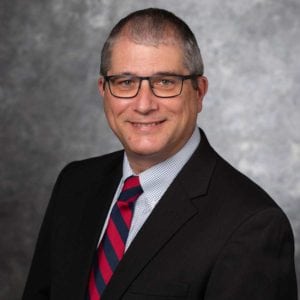 Robert Lawson is a Clinical Professor and holds the Jerome M. Fullinwider Centennial Chair in Economic Freedom; he also is director of the Bridwell Institute for Economic Freedom at the Southern Methodist University (SMU) Cox School of Business. He earned his PhD and MS in Economics from Florida State University and his BS in Economics from the Honors Tutorial College at Ohio University. He previously taught at Auburn University, Capital University, and Shawnee State University. Dr. Lawson is a founding co-author of the Fraser Institute’s Economic Freedom of the World annual report, which presents an economic freedom index for over 160 countries. Lawson has authored or co-authored over 100 journal articles, book chapters, policy reports, and book reviews. With Benjamin Powell, he is co-author of the Amazon Bestseller, Socialism Sucks: Two Economists Drink Their Way Through the Unfree World (Regnery Publishing). Lawson’s research has been cited over 10,000 times according to Google Scholar. Lawson is past-president of the Association of Private Enterprise Education, a Senior Fellow at the Fraser Institute, and a member of the Mont Pelerin Society. He has won the Adam Smith Award from the Association of Private Enterprise Education. Lawson is married to the talented choreographer and writer, Tracy Lawson, and has one daughter. In his spare time, he enjoys playing vintage baseball, hiking, running, cooking, working on his ’68 VW bug, and watching sports of all kinds. He loves Cincinnati chili, the Bengals, and the Reds.