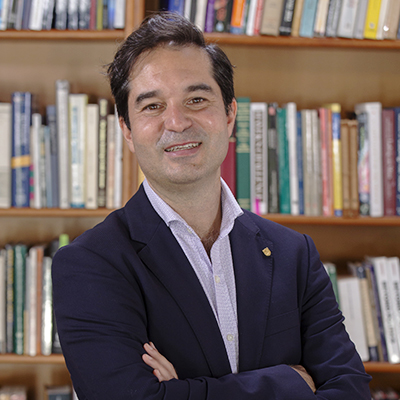 Gabriel Calzada is president of Universidad Francisco Marroquin, the pioneering free-market university founded in 1971 in Guatemala. He is vice president of the Mont Pelerin Society and a board member of the Rising Tide Foundation. He was president of the Association of Private Enterprise Education. He also was a member of the advisory board of the John Templeton Foundation and currently is a member of the advisory board of Students for Liberty. In his native Spain, he was the founding president of Juan de Mariana Institute, a think tank known for the impact of its innovative research. Calzada’s 2009 study on the negative impact of the Spanish government’s promotion of “green jobs,” along with his testimony before the US Congress, helped bury that initiative. He holds a PhD in economics from Universidad Rey Juan Carlos in Spain. He has served as a professor of economics at both IE University and Universidad Rey Juan Carlos. Calzada also specializes in environmental and energy economics, the Austrian business cycle, and defense economics. He spends his weekends adventuring along the back roads of Guatemala with his wife Karen, three daughters, and two border collies.