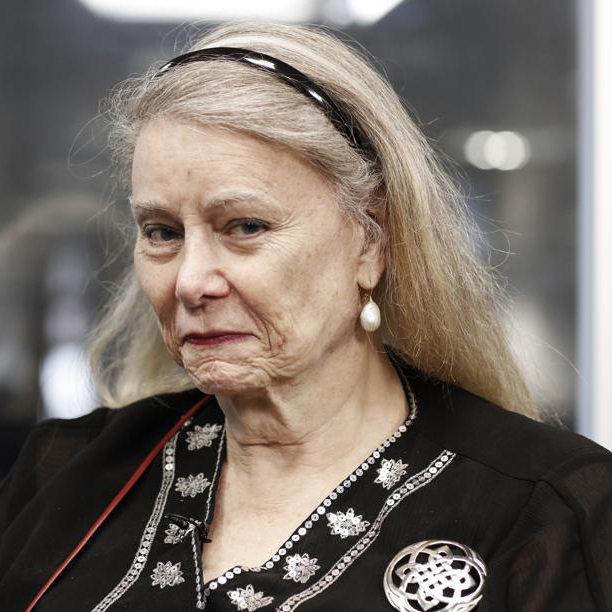 Deirdre N. McCloskey has, since 2015, been UIC Distinguished Professor of Economics and of History Emerita, as well as Professor Emerita of English and Communication, at the University of Illinois at Chicago. Trained at Harvard as an economist, she has written twenty-five books and edited seven more. She has published some four hundred articles on economic theory, economic history, philosophy, rhetoric, feminism, ethics, politics, gender studies, and law. She taught economics for twelve years at the University of Chicago, and she now describes herself as a “postmodern, free-market, quantitative, literary, Episcopalian, feminist Aristotelian.” In the past two decades, her books have included The Cult of Statistical Significance: How the Standard Error Costs Us Jobs, Justice, and Lives (with Stephen Ziliak; University of Michigan Press, 2008) and her Bourgeois Era trilogy (University of Chicago Press, 2006, 2010, 2016). Most reticently, McCloskey published  Why Liberalism Works (Yale University Press, 2019), Leave Me Alone and I’ll Make You Rich (with Art Carden; University of Chicago Press, 2020), The Myth of the Entrepreneurial State (with Alberto Mingardi, the Adam Smith Institute, and the American Institute of Economic Research (AIER), 2020); and a trilogy of three sets of her shorter works, as “impromptus” on history (2020), economics (2020), and liberalism (2021), all published by the AIER.  Before the Bourgeois Era trilogy, McCloskey’s best-known books were a trilogy on the rhetoric and philosophy of economics (1980, 1984, 1985 [1998]), as well as Crossing: A Memoir (University of Chicago Press, 1999; reissued with an afterword in 2019). A Memoir was named a New York Times Notable Book.

McCloskey’s earlier scientific work was on economic history, especially British economic history. Her book Bourgeois Equality is a study of Dutch and British economic and social history. She has written on British economic “failure” in the 19th century, trade and growth in the 19th century, open-field agriculture in the Middle Ages, the Gold Standard, and the Industrial Revolution. In the Bourgeois Era trilogy, she broadened her scope to explaining the nature and causes of the wealth of nations, making an “ideational” claim of liberalism causing “innovism” against the materialist theories of accumulation or exploitation, as well as against neo-institutionalism.

McCloskey’s philosophical books include The Rhetoric of Economics (University of Wisconsin Press, 1st edition, 1985; 2nd edition, 1998), If You’re So Smart: The Narrative of Economic Expertise (University of Chicago Press, 1990), and Knowledge and Persuasion in Economics (Cambridge University Press, 1994). In addition, she published a pair of books in 2021: Bettering Humanomics: A New and Old Approach to Economic Science and Beyond Positivism, Behaviorism, and Neo-Institutionalism in Economics (University of Chicago Press). All of these titles, the early trilogy and the late duo, concern the maladies of social scientific positivism, the epistemological limits of a future social science, and the promise of a rhetorically sophisticated philosophy of science. In her later work, McCloskey has turned to ethics and to a philosophical-historical apology for—and criticism of—modern economies, leading to a quantitative but humanistic “humanomics.”