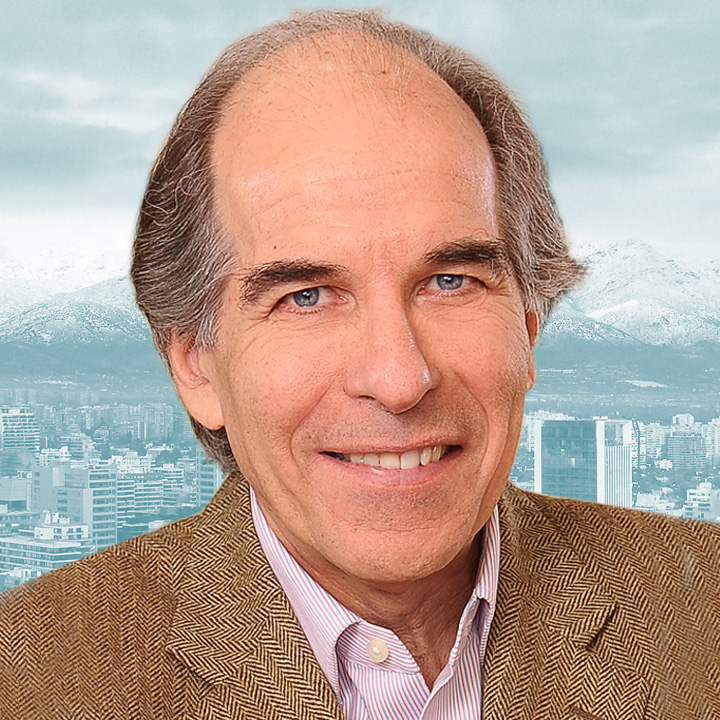 Alvaro Fischer is a mathematical engineer, entrepreneur, and non-fiction writer on evolutionary topics.

He is married to Ximena Katz, a pediatric ophthalmologist from the Pontificia Universidad Católica de Chile, and they have three children: Claudia, Benjamín, and Daniela.

Alvaro studied at The Grange School in Santiago, Chile, graduating in 1969. He continued his studies at the Universidad de Chile’s Engineering School, graduating in 1976 as a mathematical engineer.

Alvaro developed his professional career as a businessman and entrepreneur. He is a founding partner of Resiter (1978), a clean tech circular economy enterprise, with activities in several countries in Latin America. He also sits on the board of various other companies.

From 2000 to 2001, Alvaro was president of the Instituto de Ingenieros de Chile, which honored him with its “For Distinguished Actions” award in 2002, as well as its “Gold Medal” in 2020. He is a past president of Fundación Chile, an innovation do-tank, and he is the current president of the National Council on Science, Technology, Knowledge and Innovation, a public agency advising the Chilean presidency on the country’s strategy on those matters.

Alvaro is a member of the New York Academy of Science, the Human Behaviour and Evolution Society, and president of the Science and Evolution Foundation based in Chile. He has written numerous articles in Chilean newspapers and magazines, and he has published three books: Evolución…el nuevo paradigma (2001), La mejor idea jamás pensada (2009), and De naturaleza liberal (2018).